Ekogea’s BioComplex 900 is a 100% natural, certified organic bio-fertiliser enhancing regenerative agriculture across a range of crops.  It is extracted using a proprietary biological technique purely from 100% organic brown marine algae, sourced sustainably from the coast of Scotland. It improves the soils with better structure, aeration, and water holding capacity, and by increasing the available nutrients to the plants.  BioComplex encourages strong root growth at key times during the growing season and, in combination with improved soils and increased grey humic acid, reduces the risk of crop loss caused by frosts, droughts, and disease.

Parovel Group SRL in Trieste, North Eastern Italy, have been using BioComplex 900 on their olive trees over a three year period.  Over this time they have reported: 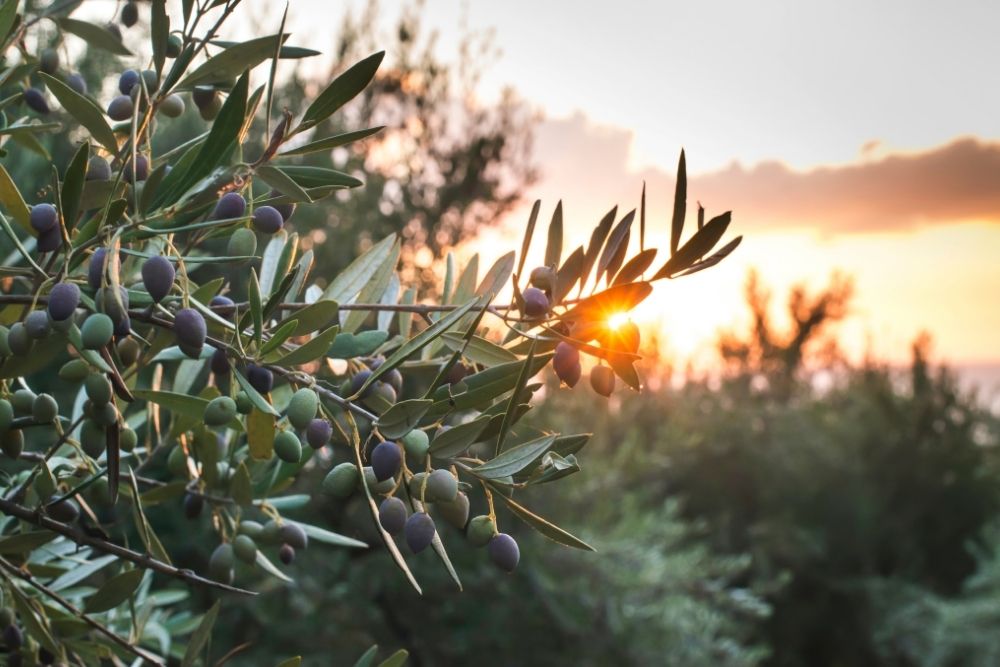 Polyuronic Acid is structurally the same as grey humic acid, a vital ingredient in all soils to promote healthy soil structure which aids aeration and water holding capacity.  It lowers the soil pH and can flush out excess salt around the tree rooting zone.  It also increases the plant-available nutrients in the soil including key nitrogen and mineral ions, which are better absorbed by the roots via a semi-permeable membrane that increases osmotic pressure around the root zone.

The Oligosaccharides work naturally with pre-biotic effect on the plant’s DNA to encourage root growth and speed up plant metabolism at key times in the growing season.  This rapid root regeneration increases nutrient uptake from the soils and minimises the impact on the plant of damage from age, machinery, and environmental factors such as frost, drought, and disease.

At Parovel Group, the BioComplex 900 has been applied by a spray atomiser, which is then absorbed by both soil and plant foliage.  Each treatment schedule required 5 sprays at set intervals throughout a 4 month period.

This application routine was performed 3 times per year in the same regime.

First and foremost they reported a 30% increase in olive yield compared to previous harvests before beginning to use the product.  The team reported that this was not to the detriment of the flavour concentration of the olives, a common risk when yields increase.  In fact, the opposite was true.  They reported superior quality fruit with a higher oil content and greater natural flavour.

Another significant cost saving was the reduction in need for mineral fertilisers.  BioComplex 900 improves soil structure, aeration, water holding capacity, and naturally increases the available nutrients for the plants.  Although the team used the usual amount of fertiliser in the first year, they found that they could halve that rate in year 2, and halve it again in year three, leading to a 200% saving on the mineral fertilisers within the three year production period studied.

They also reported both a financial and an ethical benefit from improving the ‘Ecological Footprint’ of their olives and derivative oil products.   Consumers are increasingly aware of and demanding products derived from more natural, sustainable, and ecologically sound practices.  Ekogea’s BioComplex products offer a perfect, sustainable solution for the future of regenerative agriculture.

BioComplex 900 is designed for use on a wide range of commercial crops.

For further information about the use of BioComplex 900 or to arrange a trial, please contact our UK Head of Sales, David Cosford at david.cosford@ekogea.co.uk