A farm in the West Midlands has been successfully using EKOGEA BioComplex Sanitiser on their poultry house bedding. Over the course of four crops the farm reported: 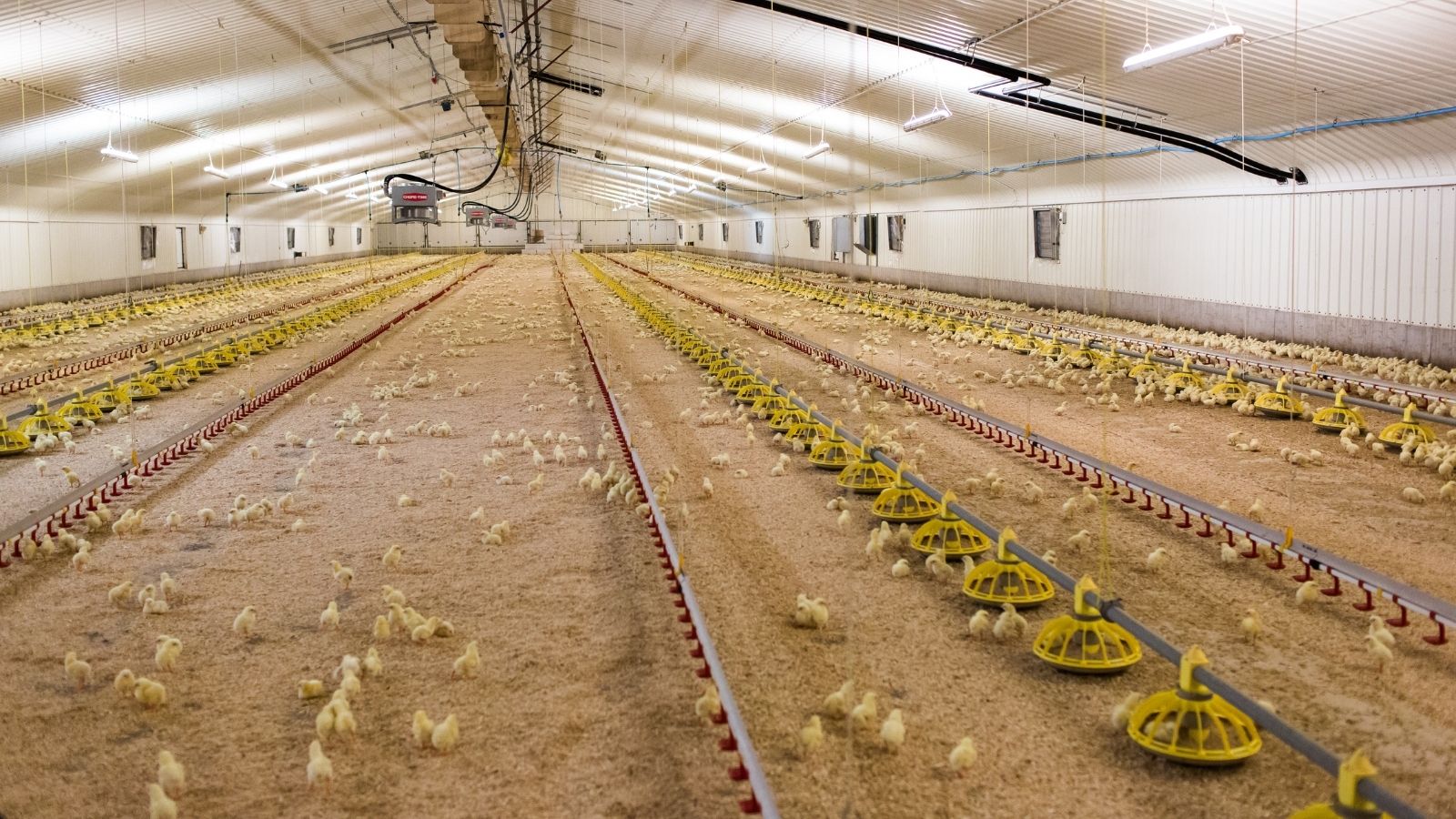 It has a cumulative effect as the microbial population within the animal house changes with successive applications, leading to an improvement in physical and financial performance.

Performance data from October 2020 was analysed over four consecutive crop cycles in four sheds each housing 45,000 birds with a total of 720,000 birds enrolled in the period to May 2021.

The bedding is recycled grade A wood chip which was treated with Ekogea’s liquid BioComplex Sanitiser by the bedding supplier before being spread in the sheds. 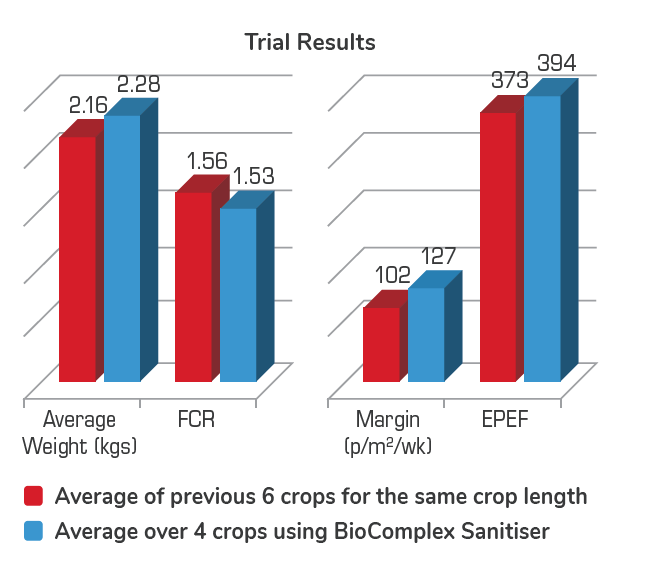 Average weight has improved by 5.5% since introducing BioComplex Sanitiser. The average weight on the last crop was 2.43 kgs which is an increase of 12.5% against the average of the previous crops without BioComplex.

There has also been a drop in FCR from 1.563 to 1.531 which equates to a 2% improvement in overall feed conversion.

The farm showed a 23% increase in average margin per m². The margin was greatest in the last crop indicating the cumulative effect of BioComplex Sanitiser over successive applications and crop cycles.

Farm average EPEF increased from 373 to 394 with the most significant improvement seen in the last crop with an EPEF of 417. This is only the second time the farm has achieved an EPEF in excess of 400. These results indicate a massive ROI in excess of 20:1. The Farmer is impressed with the results and the positive return on investment and is now using BioComplex Sanitiser as part of his bedding program on all of his Broiler Farms.